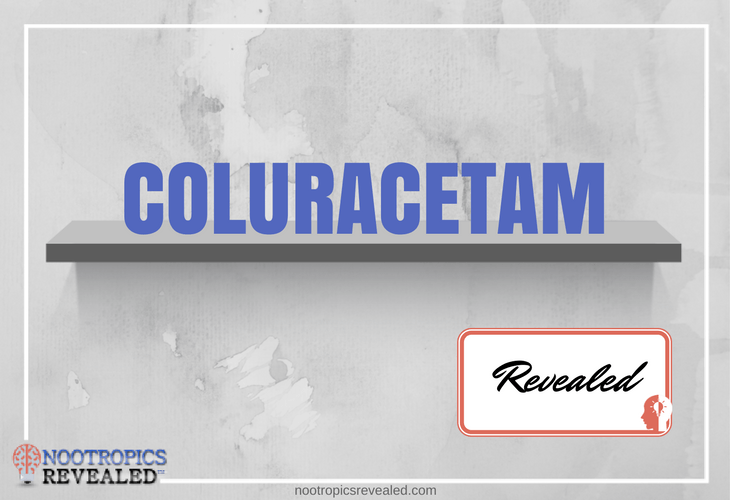 Coluracetam is a nootropic supplement that was originally invented in Japan by the Mitsubishi Tanabe Company in 2005. It was developed with the prospect of treatment for Alzheimer’s disease,which is a progressive neurodegenerative disease. The patent was later transferred to the Brain Cells Inc, a company that develops products to treat illnesses of the central nervous system.

Coluracetam belongs to a class of supplements called racetams. Despite having a common and generic structure known as the pyrrolidone skeleton, each racetam has its own unique structure. Therefore their properties and effects vary, with some being focus-enhancing, others stimulatory, while others calmative. Studies suggest that this particular supplement is both stimulatory and focus-enhancing.

Coluracetam is used in the treatment of diseases of the peripheral and the central nervous system. This includes anxiety, degeneration, depression and mood disorders.  Moreover, the supplement can be used as a cognitive enhancer. Studies suggest that it is able to enhance short and long term memory, which in return can improve learning skills.  Coluracetam can be used as a stimulant, however many users have vividly expressed the way in which it can also induce feelings of relaxation and sleep.

The supplement usually works by increasing choline intake in the brain, which subsequently increases acetylcholine. Acetylcholine is a very important hormone which enables us to remember and to move our muscles. Increasing acetylcholine in the body improves memory, reduces stress and anxiety and generally improves the cognitive function of the individual.

Coluracetam offers a wide range of benefits. However, the most exciting is its ability to enhance short and long term memory. Laboratory studies suggest that it amplifies the cognitive energy and fosters the ability to concentrate and focus. The memory enhancement is due to the increase in choline, which increases even in damaged neurons.

Not only is memory enhanced, but also decision making can be improved. Studies conducted by Brain Cells Inc. suggest that one is able to think faster and also posses an increased level of attention and focus which are essential in memory and learning.
Moreover, many users have shared that the supplement creates feelings and memories of deep peace and contentment. This makes it ideal for treatment of depression, anxiety and mood swings.

Coluracetam has also been proven to possess stimulant effects. Laboratory studies conducted have shown that if you suffer from dreariness or fatigue just after waking up in the morning, the supplement can be very helpful in increasing your energy level so as to be able to approach your tasks with an improved motivation.

Common Side Effects of Coluracetam

Studies conducted by Brain Cells Inc. suggests that if you are new to nootropics there is a possibility of experiencing headaches. However, after sometime of exposure, the headaches disappear. Also, studies suggest that the supplement can cause nausea and extreme drowsiness when taken in a high dosage. This is because taking of too much coluracetam can lead to production of a large amount of cholin. Choline in high quantities may lead to overstimulation of the neurons which can cause nausea and drowsiness.

There is no recommended dosage yet. However, studies conducted by the Brain Cells Inc. suggest that a person who is new to nootropics can take 2-5 mg of coluracetam. Those who have experience with the supplement can take 5-10 mg. Studies also suggest that those experiencing extreme cases of depression, anxiety and memory loss can take 10-20 mg of the supplement.

When tested during the phase trials, the oral administration takes about 15-30 minutes before one can experience any effects. According to the findings, these effects are felt for about 3-6 hours depending on the dosage taken. For the sublingual administration, it takes about 5-10 minutes before you can experience any effects and the effects last for about 3-6 hours.

For the intranasal administration, it takes about 1-5 minutes before you can experience any effects and the effects last for about 3-6 hours.  Therefore, the findings of the phase trials suggest that coluracetam is absorbed fastest into the bloodstream when applied through the nose.

Coluracetam is a supplement with great potential in the treatment of nervous system diseases. It can be used to enhance cognitive function and also to reduce depression and anxiety. Its side effects are nausea and drowsiness, but these can be avoided by taking the recommended doses. Laboratory studies suggest that it is advisable to begin with lower doses due to the difference between metabolism, tolerance and sensitivity.