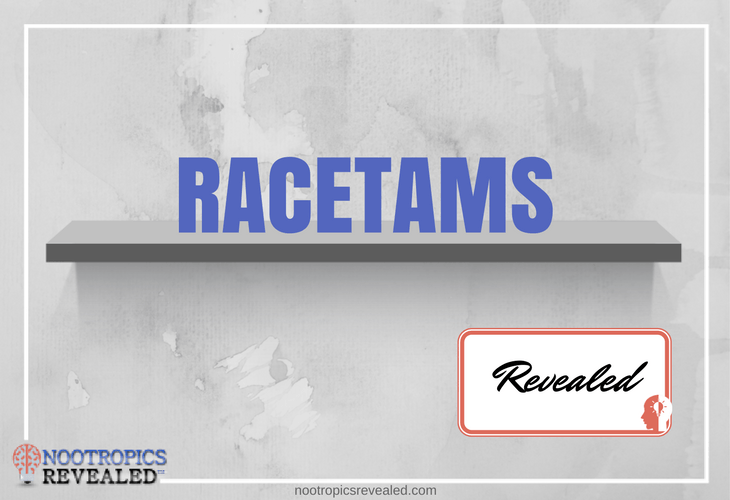 Racetams ~ The Nootropics that Started it All

In their attempt to synthesize a compound similar to GABA, a group of Belgian researchers in 1964 ended up with a compound called piracetam. While the new compound did not have the capacity to induce sleep, it revealed its capacity for enhancing cognitive processes and formed the first set of a set of compounds called nootropics.

Racetams, among these, is a class of drugs that possess a pyrrolidone nucleus. There have been many additions to the racetam family and all have the same base structure. Though racetams mechanism of action have not been clearly documented, it has been observed that they show are able to modulate central neurotransmitters and also show minimal affinity to receptors of the central nervous system.

It is theorized that racetams improve memory through interaction with glutamate and cholinergic receptors of the central nervous system. Whereas some of the drugs display nanomolar interactions, some other drugs of this class show attachment to muscarinic receptors.

Some of the popular racetams include piracetam, oxiracetam, aniracetam, pramiracetam, phenylpiracetam, fasoracetam, coluracetam, etc. Although not a typical racetam, noopept is often included in this category as well.  Whereas some of these smart drugs are calmative, others are stimulatory and yet others help to enhance focus and creative thinking. Given below is some brief information about each of the racetams.

It is the first of the racetams to be discovered and is a white bitter and odorless powder. The benefits of piracetam include improvement of memory recall, prevention of cognitive decline, etc. It is stable and water soluble. The normal dosage is about 800 mg to 2.4 mg. It does not metabolize in the body and is excreted via urine. It has the capacity to go past the blood brain barrier and acts to protect the brain. It also displays antithrombotic effects in case of ischemic strokes. There are no side effects to speak of. It is orally administered.

It is a white fluffy powder and has a mild bitter taste. Synthesized in the 1970s, it is more lipid-soluble and potent than piracetam. It passes the blood brain barrier more effectively.It is completely absorbed in the gastrointestinal tract after ingestion and further completely metabolized in the liver after absorption. It has more anxiolytic (anxiety reducing) properties than piracetam. It is being studied as a mode of treatment for Alzheimer’s disease, disorders of the CNS and depression. It us also thought of to help in memory formation and improved judgment. The typical dosage is between 750 mg and 1.5 g. It is orally administered on an empty stomach. It is rapidly metabolized in the liver and has a half-life of anywhere between 1.2 and 5 hours. Aniracetam is known to be very safe and has little or no side effects.

It is different from piracetam only because of the addition of a hydroxyl group. It is a white powder that is odorless with a bitter-sweet taste. It is more potent than piracetam and is required in much smaller doses. It is also more stimulating and this property is attributed to increased metabolic activity in the neuronal cells. It does not bind to the same sites as piracetam or aniracetam. Therefore these racetams can be used together for enhanced effects. It increases utilization of acetylcholine. It has the potential to decrease the cognitive decline in the elderly and enhances memory formation in the young.
The typical dosage of oxiracetam is 500 mg to 1 g. It has a biological half-life of anywhere between 3 and 7 hours depending on the condition of the renal system. It can be taken orally on an empty stomach.

It is a very bitter whitish to beige powder. It is sticky as it has a low melting point. It is a CNS stimulant. It is completely absorbed in the gastrointestinal tract after ingestion. It need not be taken along with fat. Pramiracetam is more water soluble than many other racetams. It is also fat soluble. Therefore it is also adept at crossing the blood brain barrier. It is a CNS stimulant. It is best taken orally on an empty stomach.It increases cerebral blood flow, reduces effects of amnesiac drugs, improves spatial learning and long-term memory. The dosage is about 600 mg to 1.2 g. Pramiracetam is known to cause headaches. This can be mitigated by stacking it with choline.

One of the most powerful among the racetams, phenylpiracetam is white, bitter odorless powder. It is a CNS stimulant and enhances physical performance. It can be used as an anticonvulsant. Whereas in lower doses it acts as an antidepressant, in larger doses it acts as a psycho depressant. It is slightly more lipid soluble than water soluble. It is completely absorbed in the gastrointestinal tract on ingestion and excreted via urine and sweat. It is a rapid mood booster and offers improved focus and mental stimulation. The normal dosage is between 100 and 200 mg. It is recommended that users stay within the recommended usage.

It is a fluffy powder whose color varies from white to cream. It is very bitter tasting. Developed in Japan, this racetam helps in cognitive enhancement. It is used in treating major depressive disorder. Its memory enhancing effects remain active for about 24 hours after taking the drug. This is attributed to the fact that the cholinergic transmissions outlast the half-life of the nootropic. Chronic dosing displays neuroprotective properties as well as enhanced memory. Regular dosing is more beneficial than occasional dosing. It has little side effects and there is no buildup of the drug in the body. The typical dosage is 20 to 40 mg. The best way of ingestion is by sublingual means. Oral dosing leads to low bioavailability.

This nootropic is a bitter-tasting white-to-beige powder. It is a high-affinity choline uptake enhancer. It rapidly alleviates symptoms of depression and viewed as potential treatment for ADHD. It improves memory and has anti-amnesiac effects. It helps in memory reversal effects because of deficits caused by baclofen and phenibut. Dosage varies from 20 to 40 mg. The nootropic acts best when taken on an empty stomach. There is no buildup in the body over time due to chronic dosage.